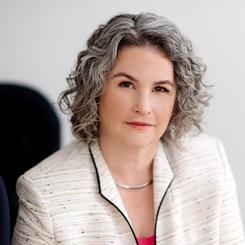 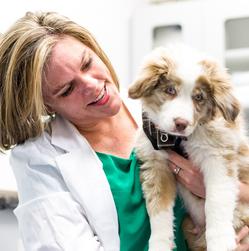 Dr. Grandin is a designer of livestock handling facilities and a Professor of Animal Science at Colorado State University. Facilities she has designed are located in the United States, Canada, Europe, Mexico, Australia, New Zealand, and other countries. In North America, almost half of the cattle are handled in a center track restrainer system that she designed for meat plants. Curved chute and race systems she has designed for cattle are used worldwide and her writings on the flight zone and other principles of grazing animal behavior have helped many people to reduce stress on their animals during handling.
She has also developed an objective scoring system for assessing handling of cattle and pigs at meat plants. This scoring system is being used by many large corporations to improve animal welfare. Other areas of research are: cattle temperament, environmental enrichment for pigs, reducing dark cutters
and bruises, bull fertility, training procedures, and effective stunning methods for cattle and pigs at meat plants. She obtained her B.A. at Franklin Pierce College and her M.S. in Animal Science at Arizona State University. Dr. Grandin received her Ph.D in Animal Science from the University of Illinois in 1989. Today she teaches courses on livestock behaviour and facility design at Colorado State University and consults with the livestock industry on facility design, livestock handling, and animal welfare. She has appeared on television shows such as 20/20, 48 Hours, CNN Larry King Live, PrimeTime Live, 60 Minutes, the Today Show, and many shows in other countries. She has been featured in People Magazine, the New
York Times, Forbes, U.S. News and World Report, Time Magazine, the New York Times book review, and Discover magazine. In 2010, Time Magazine named her one of the 100 most influential people. Interviews with Dr. Grandin have been broadcast on National Public Radio and she has a 2010 TED Lecture titled The World Needs ALL Kinds of Minds. She has also authored over 400 articles in both scientific journals and livestock periodicals on animal handling, welfare, and facility design. She is the author of Thinking in Pictures&quot Livestock Handling and Transport,Genetics and the Behavior of Domestic Animals, Guide toWorking with Farm Animals, and Humane Livestock Handling.&quot; Her
books &quot;Animals in Translation&quot; and &quot;Animals Make Us Human&quot; were both on the New York Times best
seller list. &quot;Animals Make Us Human&quot; was also on the Canadian best seller list. Her latest book, Calling All
Minds, was a New York Times best seller for middle school students. Her life story has also been made into an HBO movie titled Temple Grandin, staring Claire Danes,which won seven Emmy awards and a Golden Globe. The movie shows her life as a teenager and how she started her career. In 2017, she was inducted into The Women's Hall of Fame and in 2018 made a fellow by the American Association for the Advancement of Science. 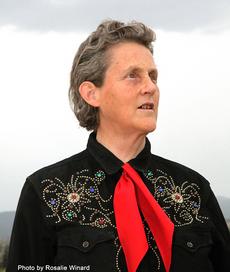 ​
Dr. Pike is a native Arizonan and graduated from Colorado State University’s school of veterinary medicine in 2003.  Working as an Army veterinarian and taking care of the Military Working Dogs returning from deployment spurred her interests in behavior medicine. Dr. Pike completed a Residency program and became board certified in 2015. She is owner of the Animal Behavior Wellness Center and was recently named one of the “Top Veterinarians of Northern Virginia” by NoVa Magazine for the fifth year in a row.

Linda is a Veterinary Technician Specialist in Behaviour and Oncology, and is an ASAB accredited Certificated Clinical Animal Behaviourist (for cats and dogs). She is a passionate veterinary nurse, and welfare-focused animal trainer and behaviourist, who, through years of working with cancer and internal medicine canine and feline patients, became interested in learning more about welfare and behaviour within the clinic, and how this could fit in alongside excellent veterinary care. Linda achieved ASAB CCAB status in 2020. She is an ABTC registered Clinical Animal Behaviourist, and Animal Training Instructor. Linda currently runs Inspiring Pet Teaching, dividing her time between seeing clinical behaviour cases, working alongside pets’ vets, and providing continuing education for veterinary and training/behaviour professionals. She also works part-time in the cat advocacy team at International Cat Care. 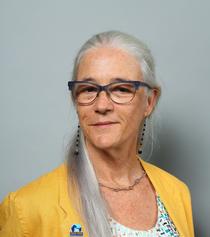 Lindsay Wood Brown is a board-certified applied animal behaviorist (ACAAB) and holds a master's degree in animal behavior. She is the owner of Think Behavior, a consulting business focused on supporting animal shelters and behavior consultants. Lindsay’s goal is to support others as they apply behavior-change science to their everyday professional lives. Her focus is on stripping labels, flipping prevailing ideas on their sides for a better view, and honing in on systematic ways to advance strategies.
Lindsay consults for animal shelters across the country and provides 1:1 mentorship opportunities for behavior consultants. She is a faculty member for Clicker Expo and Karen Pryor Academy. She previously served as the Director of Operations for Lynchburg Humane Society in Virginia and as the Director of Animal Training and Behavior for the Humane Society of Boulder Valley in Boulder, Colorado. She shares a home with her two young daughters and their 1 year old Icelandic Sheepdog, Sonnet.

IT ALL STARTS HERE...

Dogs and people have always fascinated Colleen Pelar. When she was a dog trainer, her favorite part of the job wasn't teaching the dog, but improving the relationship between dogs and their people.
Both are social species, hard-wired to connect, and she loved offering simple, practical tips for building those connections. That's why, over more than 25 years of dog training, she spoke at scores of veterinary and training conferences and wrote three books to help parents and children have successful relationships with their dogs.
But she also sat in far too many living rooms having difficult conversations with parents about their dogs' aggression. Eventually she burned out. She lost the joy that had highlighted her work.

Colleen restored that spark by studying strategies for combating burnout and compassion fatigue and earning her certifications as an applied positive psychology practitioner, resilience skills trainer, and coach. Her new-found knowledge led her in a new direction: sharing effective, science-based tools that help veterinary and animal behavior professionals feel valued, supported, and energized. 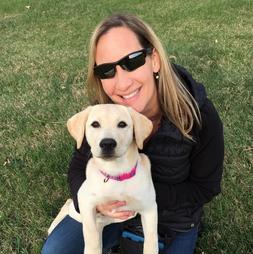 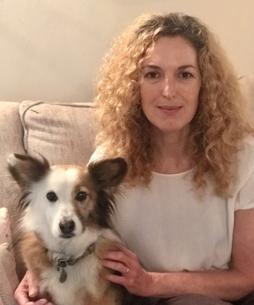